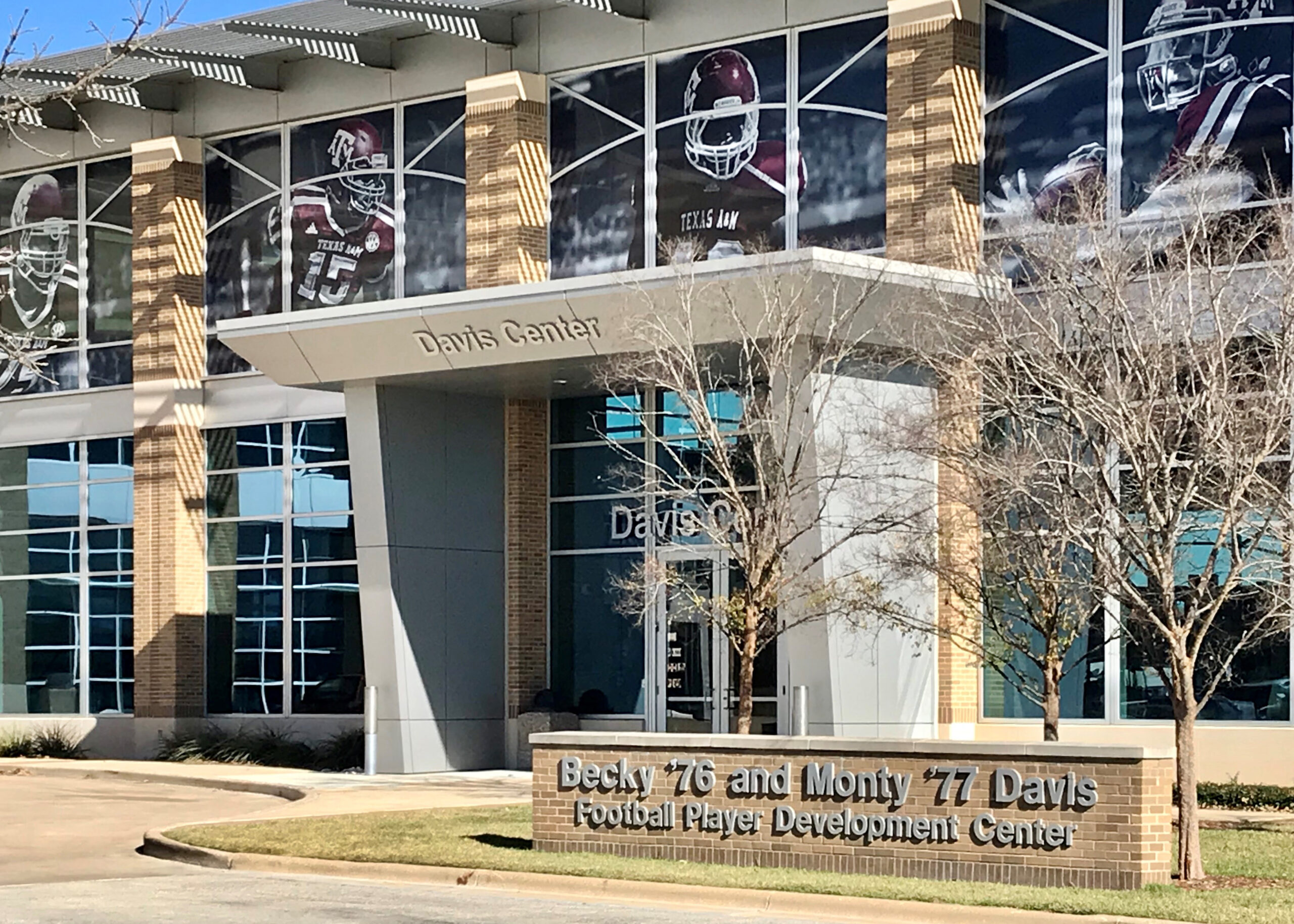 The project started as a general renovation of the existing Player Development Center (PDC). The goals for the renovation were to increase the recruiting impact of the space as well as improve the performance of the players. There were several aspects to the renovation including new weight room equipment, weight room flooring, new performance analytics equipment, branding and recruiting elements, improved audio/visual technology and improved nutrition functionality. The nutrition program was working out of a space that had limited storage, prep and production space.

The presentation of the existing nutrition space needed a greater impact. It became clear early on in the design of the project that the existing building square footage was not adequate to create the impactful space that was desired by coaches and staff. The only available area to expand the space was to take the existing exterior breezeway between the Davis PDC and an adjacent building and incorporate this square footage into the Davis PDC. The addition created a distinct space that could be dedicated to nutrition as well as social gathering space that would be used by the team on non-game day and recruits, donors and player family members on game day. One of the primary goals of the design was to transform the presentation of the nutrition program to have a very impactful presence within the space.

The design concept was to create a central bar that would serve as the centerpiece of the addition. The bar would be positioned to serve as a focal point or destination upon entry into the space from the exterior as well as the adjacent weight room.  We looked at a bar that was against the wall but ultimately decided on a free-standing bar that would be experienced on all sides. The shape of the bar is an oval in plan form to resemble the shape of a football. The football motif is reinforced with the custom linear light fixtures above that replicate the oval shape as well as mimic the laces of a football. The bar die wall is skinned with three-dimensional hexagonal porcelain tiles to evoke the texture and feel of a football. The bar top was envisioned to be a backlit opaque top that would provide an additional visual impact as well as give a more modern feel. The interior of the bar has three separate blender stations and an additional prep station. Each workstation has its own day-of-use cold and frozen storage, wash sink with disposer, blender station, under-counter waste bin and cutting board. The bar also has a small wares dishwasher and an ice cubby for day-of-use storage of ice from the central ice plant in the pantry.

One of the challenges that had to be overcome was creating the bar interior where three to four staff members could work efficiently to deliver the highest volume of product possible in the shortest amount of time. The equipment for each workstation also had to be configured to fit the non-linear plan of the bar.

At the end wall beside the bar is a glass door grab and go refrigerator stocked with various beverages. The grab and go refrigerators separate the nutrition bar from the pantry and have doors on both sides so that they can be restocked from the pantry area. The pantry has exterior access and can receive pallet loads of products. These deliveries can be broken down and distributed to the various dry, cold and frozen storage that is provided in the pantry. The pantry also includes a three-compartment sink, prep sink, hand wash sink, ice plant, trash compactor connection and prep space.