Built in 1986, the Ron Mafrige Field House is the home of the University’s Athletic Operations. The existing three-story, cast-in-place reinforced concrete structure is approximately 27,000 square feet with an observation deck of approximately 2,700 square feet. The project scope included demolition and renovation of all levels, including mechanical systems. Due to early turnover of the athletic locker rooms, an early-release package was issued for procurement of long-lead time materials and equipment. Remaining work continued after locker rooms were completed with provisions for segregation of ongoing construction from Sam Houston State University Athletics Operations. 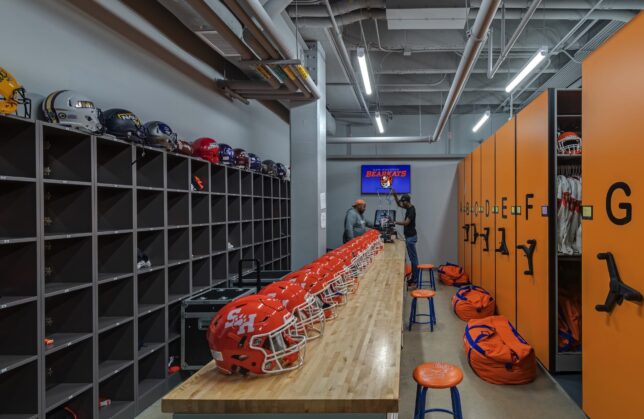 A Part of the PBK family